The Heart of the Monster

The show explores the limit dividing the human from the monstrous. And what is needed to cross this limit. We tell stories of persons that have killed, abused innocent victims, persons that the society has condemned as monster. And then we parallel these monsters with “normal” situation, even banal situations of “civilized” and “decent” persons. Our intention is to show that the monsters are not so far as we tend to think and that the monster, the monstrous, what we consider against humanity can be present, is already present, in our every day life.

If we acknowledge that the “monstrous” is already present in us, we could then become more conscious of what defines us as “humans”.

The show is a combination of physical theatre with funny and grotesque situations. Our theatre fuses comical situations with tenderness, poetry and singing. it is primarily a visual theatre that aims to make people think through laughter.

I Divorati is an international group based in Ticino, Switzerland. It is composed by four artists coming from different countries and with different theatre background.

Video of the work-in-progress demo made during the residency at Chössi Theatre, Switzerland, in May 2014. 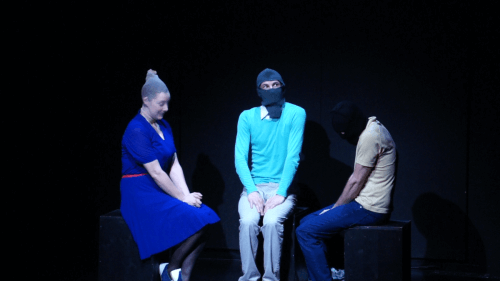 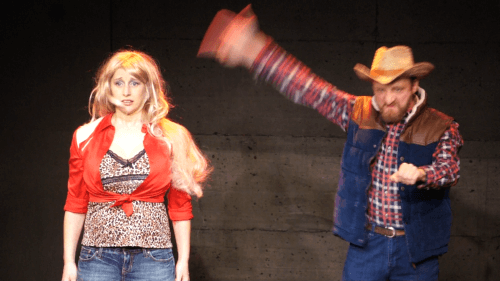 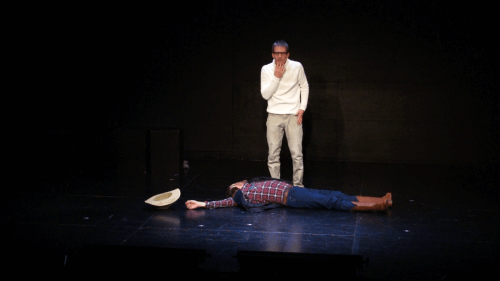 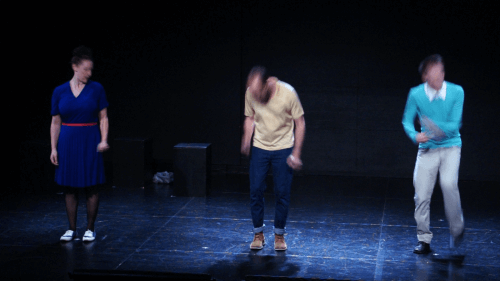